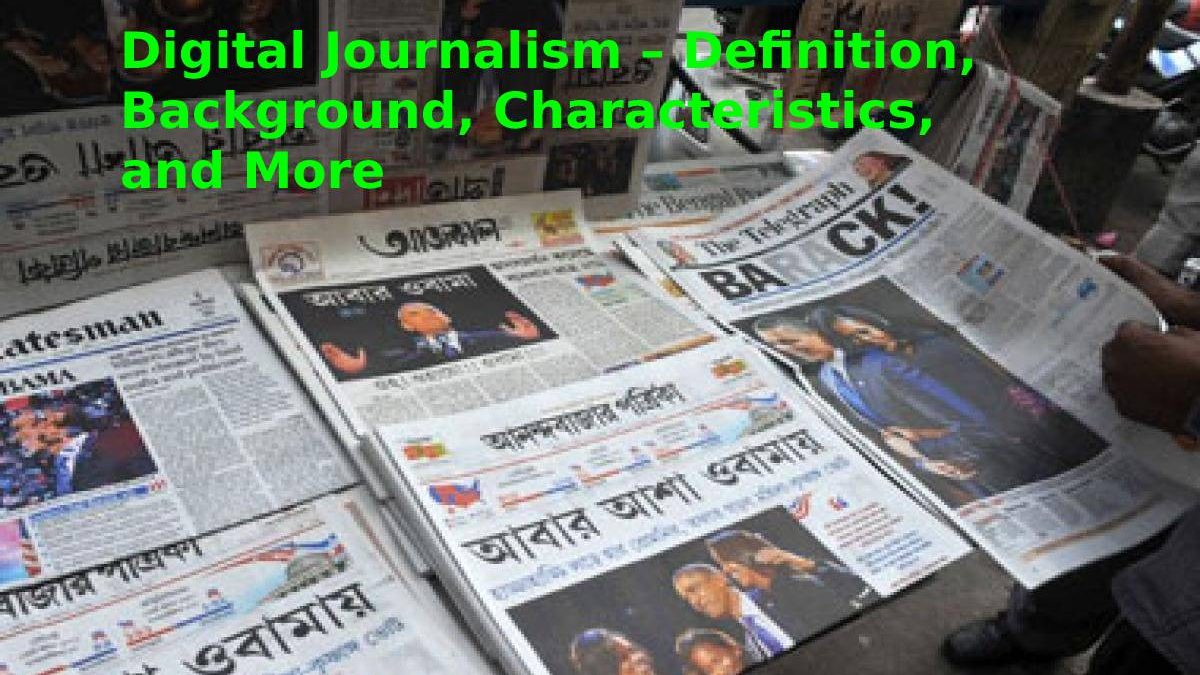 Digital Journalism is a topic discussed in conferences, newsrooms, journalism schools and currently represents a continuous debate. We are all aware of the role played by the Internet as a platform for information and communication. Every day, its tools and services allow us to discover new ways to communicate, educate, and entertain.

In this article, we will discourse the issue of Digital Journalism in terms of its definitions and characteristics. We will review some of the background and how it has evolved thanks to the tools and services provided by the Internet platform. 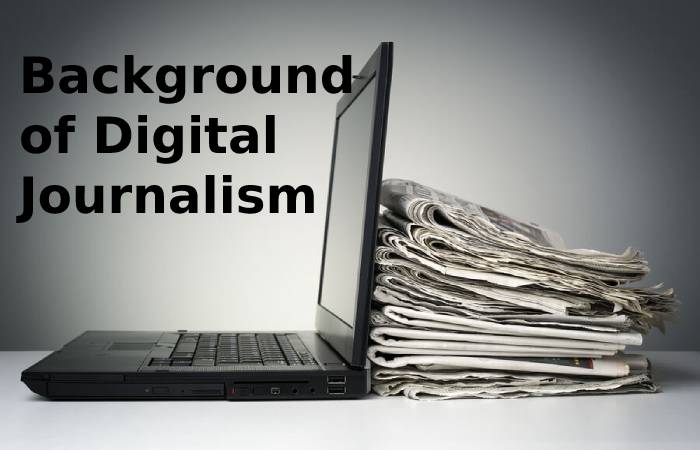 The Chicago Tribune’s American newspaper through America Online (AOL) was the first information provider website. In this way, many newspapers joined the new digital platform. Versions from the Mercury Center, The Chicago Tribune, The Atlanta Journal and Constitution, The New York Times, and more appeared online. In 1994, it was already possible to find more than 70 journalistic publications online.

The digital versions offered the same content as its printed version, without significant modifications for the online version. In its beginnings, the media had not yet found the potential of the platform offered by the Internet; fortunately, this has changed. Digital journalism has practically become a new journalistic genre with its characteristics.

What is Digital Journalism?

We propose Digital Journalism as a new journalistic genre, with characteristics focused on using new technologies to inform and communicate. In addition, this new genre represents a challenge for journalists who do not have the technical knowledge or are not users of new communication technologies. However, it represents an opportunity for the new generations of journalists and media to make their foray into this platform.

In the Latin American region, the most common problem in traditional media is the lack of resources and vision of their digital versions. For example, traditional journalists refuse to accept the change. Owners of print media who do not take advantage of the opportunity offered by new technologies and media managers who do not give space to those who know the trends to develop projects properly.

The option of accessing information in a multidirectional and non-linear way. It allows navigation in the content through links about the text.

It refers to the possibility that users have to interact with the medium, the authors and the text. This way allows the development of actions that propose and communicate directly.

The characteristics of the digital medium applied by Digital Journalism must consider other factors such as accessibility, usability, immediacy, 24-hour updating, customization options, suitable for different devices.

Thanks to the digital world, users have access to information at any time and from anywhere. This online journalism has the objective of constantly renewing the content of the informative material. In addition to its immediacy, it stands out for its accessibility and usability.

The origin of digital journalism dates back to the 1990s, when the Internet made its entry with force in the world’s workplaces and homes, and various large journalistic media, such as newspapers and television networks, opened their web entrances to offer their readers additional material to that displayed on paper or TV. Already amid the sparkle of web culture, new forms of journalism emerged that take advantage of digital platforms, such as citizen journalism, the result of the hybridization between the Internet and cell phones.

Digital journalism, particularly the one that considers social networks and personal information exchange mechanisms. Has been an extraordinarily innovative and challenging model for the global dynamics of information.

Digital newspapers, multimedia channels and other sources broadcast their information with little, unequal or sometimes no institutional regulation and commitment to an informative code of ethics.

However, it means that a new type of reader emerges, capable of discerning reliable sources. Therefore, from those that are not and who build their codes of ethics. And also, for information management and demand them from the digital journalist. And also, all this requires a new 2.0 culture that is currently under construction. In which all the actors play an essential role.