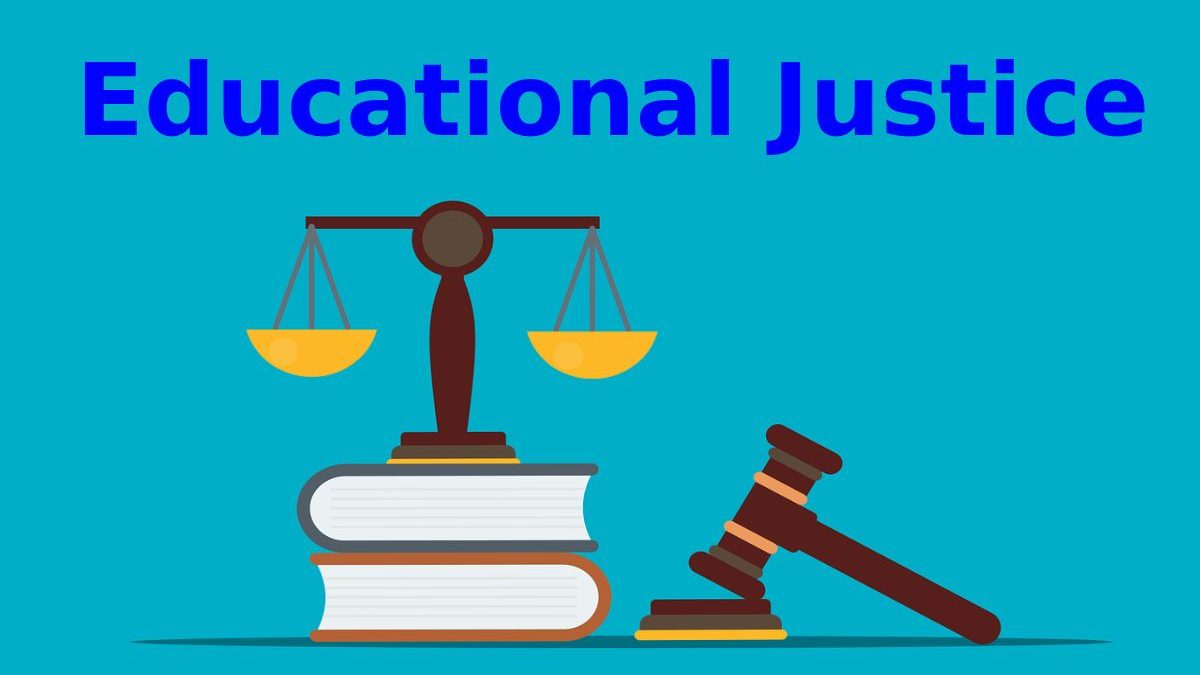 Educational Justice – “Justice is the first quality of social institutions, as the truth is that of systems of thought. However effective and well-organized institutions and laws may be, they must be reformed or abolished if they are unjust”. The same applies to education, one of the central social institutions. However, education today is still insufficiently equitable (measured by the ability of the school to compensate for the impact of the social background of students on their academic results), particularly in developed countries (see the second part below ). Therefore, educational justice must become a permanent objective for education systems in the same way as quality, effectiveness, or efficiency. You can improve the field through educational marketing process also.

It remains to determine the objectives we want to achieve by developing educational justice. In terms of justice in general, the following goals have recently been put forward: maximizing well-being, respecting freedom, promoting virtue and upholding equality. Therefore, we can examine whether these objectives are also valid for thinking about educational justice.

In a sense, the school that would apply this principle would be fair since it would give the best education to the most disadvantaged. But would this result in an education that would also be “just”? It would be the case if the educational systems were “perfect” if they suffered from no imperfection. The imperfections referred to are inequality, segregation, partiality, inequity and disparity.

It is a significant difference. Assuming that the principle of liberty prevails and equitable equality of opportunity, the fair school, to which John Rawls’ principle of difference leads, cannot consequently lead to a proper education. Therefore, educational justice cannot make on these principles, unlike social justice.

The definition that we propose of educational justice is therefore as follows: in a country, for educational justice to prevail, the principle of freedom, that of fair equality of opportunity and that of difference must respect and that the educational system is perfect, that is to say, that it does not suffer from any imperfection, such as inequality, segregation, partiality, inequity and disparity.

Rule of Law and Education

Through education, learners expect to get and develop the cognitive, socio-emotional and behavioural experiences and skills they need to participate constructively and responsibly in the life of society. Education also plays a vital role in transmitting and maintaining socio-cultural norms and ensuring their constant evolution. Informal education, kids and young people are socialized to adopt values, behaviours, attitudes and roles that shape their personal and social identity and guide them in their daily choices.

As they develop, children and young people also acquire the capacity to critically examine these norms and forge new ones according to the realities of their time. As such, education promotes and supports the principle of the rule of law by encouraging learners to value and apply the principles of the rule of law in their daily lives as well as by imparting to learners the knowledge, values, attitudes and behaviours they need to contribute to the continued consolidation and restoration of the rule of law throughout society. It is demonstrated, for example, in learners’ demands that public institutions improve their transparency and accountability for their actions and in the day-to-day decisions, they make as citizens, parents, ethically responsible and active workers, employers, friends, consumers, etc.

Culture of Legality and Education

A culture of lawfulness refers to cultural and social conditions in which the rule of law  respected and promoted. It is an environment in which people obey the laws because they know they provide a fair and just response to the needs of individuals and society as a whole. Also, a culture of legality reinforces people’s positive expectations of the law and their confidence in the justice exercised daily, including in their formal and informal interactions with the law.

Measuring the Imperfections of Education Systems

Let us, therefore, consider one by one the five imperfections of educational systems to gauge their relative importance in educational justice.

Inequality: student performance depend mainly on the school attended.

A school’s influence on a student’s performance is decisive. That is why many parents develop strategies of all kinds to avoid one establishment. And also, on the contrary, another can welcome their child. Suppose in developed countries; private schools rate top. In that case, the equation is true in developing countries with one difference. Therefore, in this case, there are schools for wealthy families that are expensive. And efficient and schools at low cost and often without any efficiency for modest families. It is not in this last case to flee the public school. And also, to replace it because it does not exist.

How to establish Educational Justice? 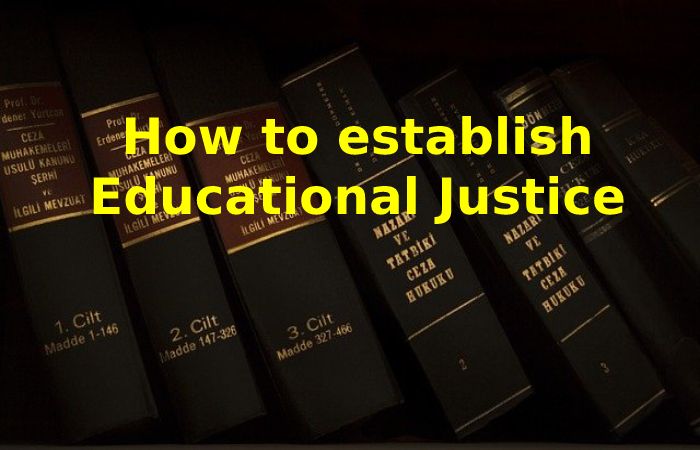 We, therefore, proposed in the first part the following definition of educational justice. In a country for educational justice to prevail. It is necessary that the principle of freedom, that of equitable equality of opportunity. And that of difference respected and that the system education is perfect. It does not suffer from any imperfection, i.e. it does not suffer from any defect. Such as inequality, segregation, partiality, inequity and disparity.

This justice may seem romantic. However, the analysis of the conditions under which it can prevail is from a theoretical point of view of a specific value. This possibility can stay put into practice by being ethically or morally right. Ethics is contingent (the facts of the moment), and the rules recognized as fair established based on reasoning. With morality, justice is metaphysical because it is an authority (religious or state) that sets the rules. The respect inspired by this imminent authority and the fear of transgressing it often lead to general obedience.

Social justice and economic justice have long been studied and emphasized as imperatives to guide democratic societies. It is time for the same to remain done for educational justice.

The thesis that we have put forward is that for educational justice to prevail in a country. The three principles of John Rawls (principles of freedom, fair equality of opportunity. And difference) must remain respected, and the educational system must remain perfect. That is to say. It does not suffer from imperfections such as inequality, segregation, partiality, inequity and disparity. We have tried to measure the importance of these five imperfections.

Distance Learning Platforms – List of the some Tice Tools

15 Ways to Practice Mindfulness at Work