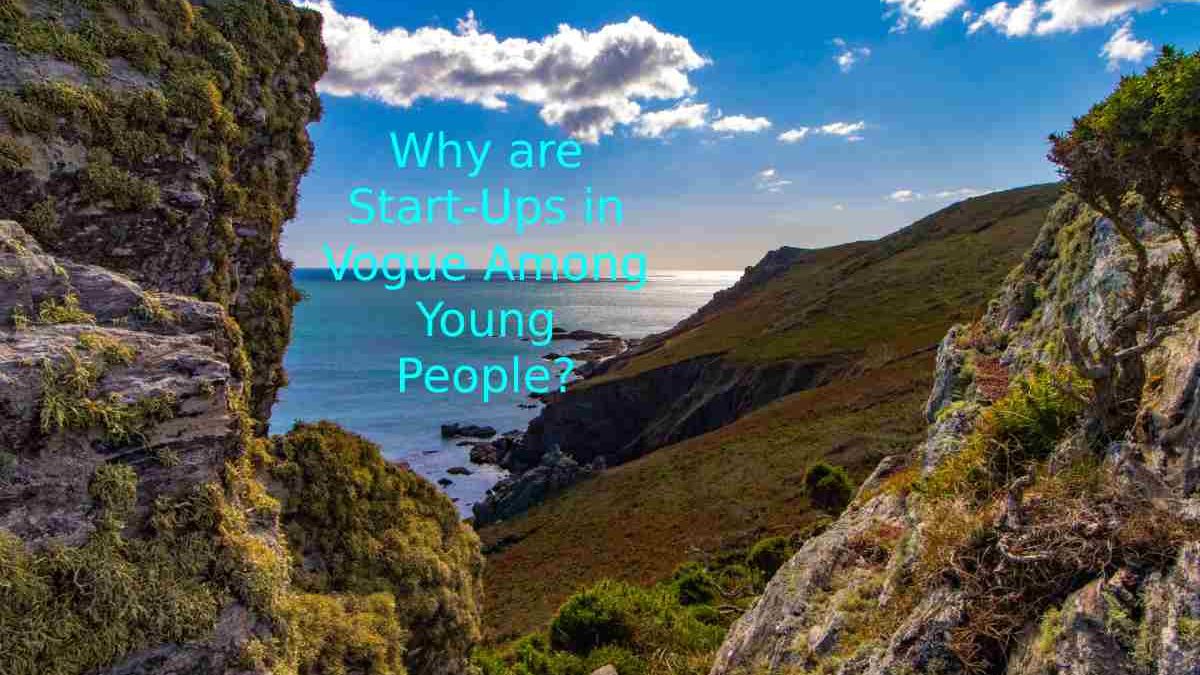 Start-Ups in Vogue – The third barometer, “Talents, what they expect from their job”, carried out by Ipsos. According to a study, more than a third of young graduates dream of working in a start-up. Success stories like BlaBlaCar, Uber or Airbnb push many students to join young shoots rather than large groups after graduation. A look back at the reasons that lead young graduates to seduce by start-ups.

A quest for meaning is found in the trade-off between job security and commitment. With equal pay,  63%  of students would prefer a more precarious but meaningful job rather than a stable job but further removed from their values. On the other hand, young workers would be ready to reduce their salary by an average of 12%  to go and work in a company that is more in line with their social and environmental convictions.

The start-up atmosphere makes more than one dream. In the first place, an observation would be due to management that leaves room for more flexibility. The constant and rigid authority does not appeal to the new generation, which wants to make its workspace a real place of life and exchanges. She is, on the contrary, looking for “cool” management, which allows her to better blossom while developing her skills. Future employees thus favour communication and listening as work criteria and create a personalized relationship with their manager based on their mutual feelings. ” Faced with changing work, priorities are changing, with 79% of young people saying they have a different view of work from their parents. Priorities that are found among the values that young people want to value at work: quality (45%), listening (43%) or recognition (39%) much more than authority (4%), loyalty (14%) or effort (20%). A state of mind that is found in many start-ups,” says a study conducted by ViaVoice on young people aged 18 to 30.

A Demand for Accountability

Young graduates want to feel valued and responsible to assess their impact on the business. It doesn’t remain easy in large groups, where many people occupy the same position. The results are directly visible remain being given greater responsibility, and the employees feel that they carry part of the entrepreneurial project on their shoulders. The place for autonomy is then privileged, as are the margins of decision-making (as long as they remain in line with the company’s values, editor’s note). A form of freedom that is not accessible in all companies and attracts these young recruits. This share of responsibility also allows them to build a solid professional experience that they can claim throughout their career.

The atmosphere considered rather “cool” in start-ups is one reason that leads some to want to work there. The use of formalities is, in principle, not appropriate, neither with colleagues nor with the manager. The latter does not require them to dress like a suit, tie or suit. Young also shoots value breaks, unlike large groups, which regulate them. Foosball, PlayStation or siesta are offer. While leaving room for productivity, a more relaxed work atmosphere seems to make young people dream. Do not hesitate to implement these practices, which significantly improve the well-being of your employees and promote recruitment.

A Real Quest for Challenges

Investing in a start-up means, for your employees, in a way. Challenging themselves to participate in its success through their skills and productivity. This type of challenge is specific to the new generation who, freshly graduated, wish to prove themselves—added to this, their creative spirit. Which is much more in demand than within certain large groups. Where their missions and paths define in advance. Allowing its employees to issue criticisms and suggestions will enable them to see that they are taking a full part in the project and their voice counts.

Schedules remain an important point for these young recruits who do not necessarily wish to use the system of fixed hours in the office. Start-ups, specialists in flexible working hours, allow them to decide, most of the time. The hours they want to work by not counting the number of hours worked but simply by looking at the objectives achieved. It is a way to let them arrange their schedule as they wish and better reconcile their personal and professional lives. Teleworking remains just as popular thanks to its many advantages: autonomous management of its schedules, no transport time. It also proves the degree of confidence that you have in these young graduates by making them responsible once again,

An Entrepreneur as a Source of Inspiration

37% of people under 35 attracted by the status of entrepreneur, according to a study carried out stay OpinionWay.

But before starting, some prefer to study this experience. What better way to do this than join a young company and work alongside its leader?

An Excellent way to Discover the Different Facets of the Entrepreneurial Adventure.

For example, the leader of Made.com, Ning Li, preferred, before undertaking. To share a professional experience alongside the entrepreneur Marc Simoncini. Founder of Meetic ”  He gave me this chance to be at his side as an assistant. He took me to all the meetings to negotiate the deals of important transactions. This work was for me real training in the trade of an entrepreneur. And the experience strongly awakened in me the desire to launch myself.”He explains. In addition to being immersed in entrepreneurship, this practice can give a taste to the management profession.

Review Why are Start-Ups in Vogue Among Young People?. Cancel reply

2022 News that will Never Stop Adapting