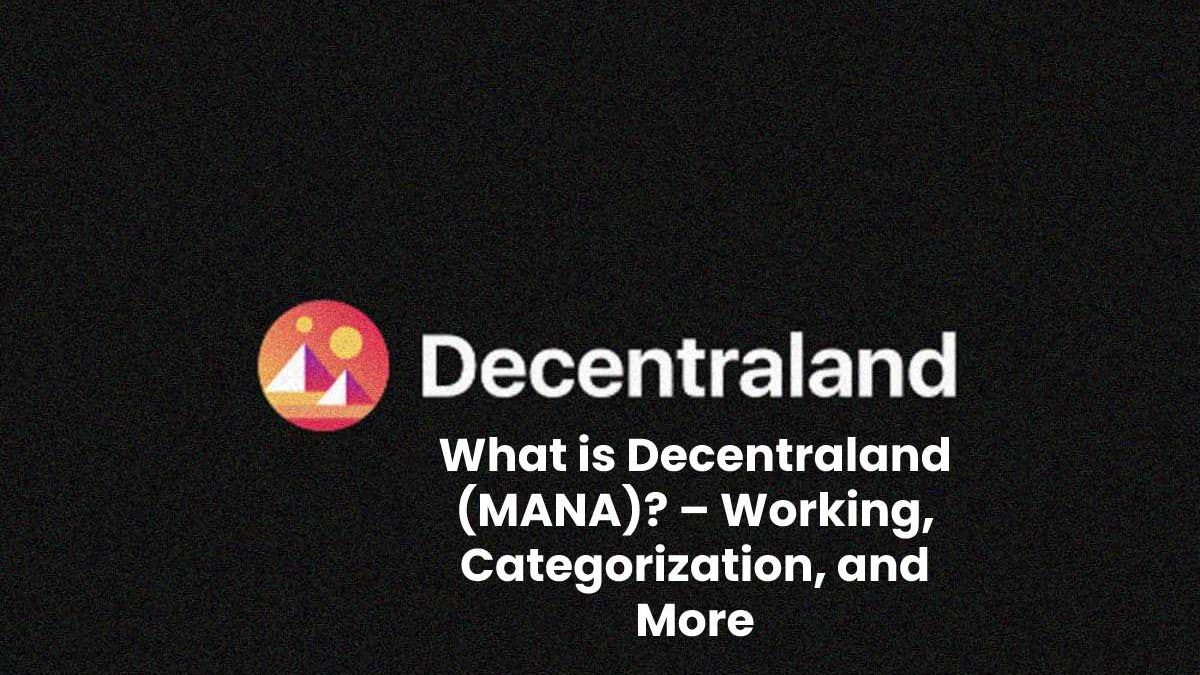 The Decentraland (MANA) project is the most explicit demonstration that the world of blockchain technology has evolved a lot in recent years. Evolution has brought. This technology to the world of games and virtual worlds. But what can be done in Decentraland? Why has this project transformed our vision of video games and virtual worlds? Well, you will know that and much more below.

Before we start digging into what Decentraland is and how it works, let’s look at how the world of video games has changed since its inception. In the first place. The world of video games has ceased to be a mere technological curiosity to become a multi-million dollar industry. Moreover, an industry with more than two billion users worldwide grows every year. The latter is precisely what has made game designers create increasingly complex systems to the point of creating virtual worlds (metaverses). Game platforms in which hundreds of thousands and even hundreds of millions of people participate and interact. And, like any interaction, these massive games lead to the creation of complex systems to support its playability, one of those systems being economic systems.

For example, the famous game EVE Online is a massive game with about 9 million users and has set several activity records. However, perhaps the most extensive catalogue of EVE Online has to do with its economic system within the game, a system so complex that the company has had to hire economists to program its performance and regulate it. In addition, the virtual currency of the game, ISK, is used by its players as a currency of exchange for real business. In a nutshell, some people play EVE Online, earn in-game money, and use this money to exchange it for honest services without much hassle.

This fact repeats in other areas. You can check out games like World of Warcraft, DOTA2, or Fornite, and you’ll see that many gamers use in-game items, points, or currencies as a means of exchanging value in the real world. Although, that is often penalized in these games. Be that as it may, we can see a well-known pattern in this activity:

How does Decentraland Work?

Now, to achieve the proper functioning of Decentraland, the development team behind the project has created a structure that divides into three parts:

Categorization of collectables in Decentraland

This categorization has facilitated the publication and offer of collectables within the Decentraland Marketplace, thereby creating a buoyant market dynamic for the entire community.

Decentraland is built on top of advanced web technologies like WebGL and Web3. All you need to run Decentraland is a recent web browser (Firefox, Chrome, Chromium, Bra, Opera, Edge Chromium) and a computer with a running system. An operating system capable of offering you the use of hardware acceleration to use this system.

For Example, A Team with These Characteristics Could Easily Cover your Needs to Run Decentraland’s:

If you meet this, require Decentraland Execution

Decentraland is built on top of advanced web technologies like WebGL and Web3. All you need to run Decentraland is a recent web browser (Firefox, Chrome, Chromium, Bra, Opera, Edge Chromium) and a computer with a running system. An operating system capable of offering you hardware acceleration to use this system.

Decentraland has quickly become a very flashy game, and in fact, many are already trying to replicate its success. The idea of ​​blockchain-powered metaverses is just being born. And, despite this. Already giants like Enjin (creator of Minecraft) have pounced with everything they have to make these the industry’s future.

That is supposed, the future of Decentraland as a game and as a currency is promising. The community has dramatically improved the gaming experience and the earnings from participating in it. On the other hand. The level of security of its smart contracts gives us the certainty that we are facing a well thought out project.

In the meantime, we will continue to see how the blockchain metaverses evolve. Not surprisingly. Even the next AAA game comes with built-in cryptocurrency features. And all of this for one purpose. To make it possible for players to earn money, hold, migrate, and trade their collectables. But, of course. This will also make video game companies find a more active way to earn income in such a wild industry like this

6 Main Types of Trading and the Importance of Each

Industrial Management - Steps to Apply it in your Business